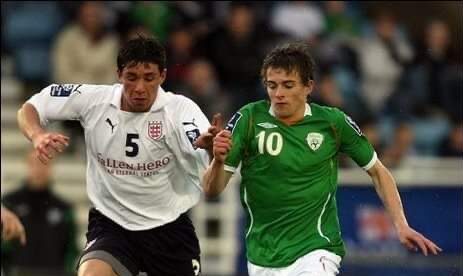 Every school boy player dreams of making it in the world of football, and it was no different for Carlow’s Shane Howard. Tom Byrne sat down with Howard to discuss his football story, which included underage success with Ireland, having trials abroad and a big decision to move to America to pursue a scholarship.

Shane Howard, a Clonmore Hacketstown native, joined Aughrim Rangers in Co Wicklow as an under-nine schoolboy player. “I went down joining the U9 team but found outa couple of weeks later I was U8, but I didn’t want to change,” he says with a grin on his face. “All my first memories in football would be with Aughrim Rangers, especially winning the treble that year I joined the U9 team.” 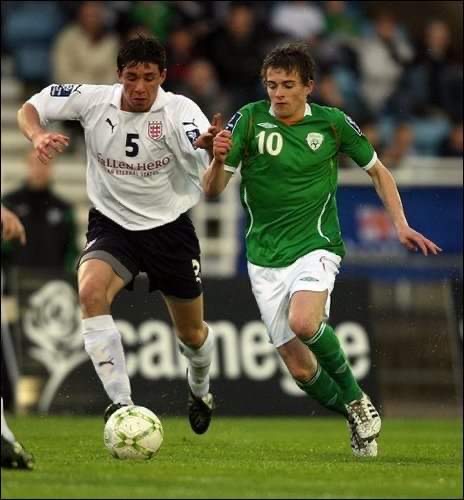 This was to be Howard’s first taste of winning, and the Carlow man has thrived off success ever since. Next he joined, Carlow side New Oak U11s, where more local success was matched with a big win abroad. “That team went to Manchester to complete in the Umbro Cup, which we won, and as a result we go to go to Carrington, Manchester United’s training ground. We were lucky as a team to get a tour of the training grounds and facilities,” he says.

A year later, the winger made the move to the Dublin District Schoolboys League (DDSL), joining the famed St Joseph’s Boys AFC. When asked about how he first got spotted by“Joey’s,” Howard says:

“We played Joey’s in a friendly with New Oak at the time; the move was on the cards, as my cousin Niall McCarney was playing up in Dublin as well. Back then if you weren’t playing in the DDSL it was very difficult to progress. It’s different now, which is much better for Irish football. If you’re playing around the country now you do get opportunities as there are development centres.”

“It was a massive step up in the DDSL,” he explains. “The chat of being the big fish in a small pond is very true. When you go up there the standard is obviously much better but you need that too; it progresses you, playing with better players.”

Even as a 12-year-old, Howard had a busy training regime.

“We had a two-night-a-week commitment, Tuesday and Thursday with a game on the Saturday,” he says. “I was fortunate enough at U12 that I made the county team so that also meant going up on a Sunday to play and train with them; that meant it was a four-day-a-week schedule.

“Only now I know the commitment my family put in for my football, especially having a child now myself. Dad used to come home early from work, eat his dinner at 4:30p.m., and we would be on the road by 4:45 p.m. on a Tuesday and Thursday, and then back up on the weekends for Saturday and Sunday.“