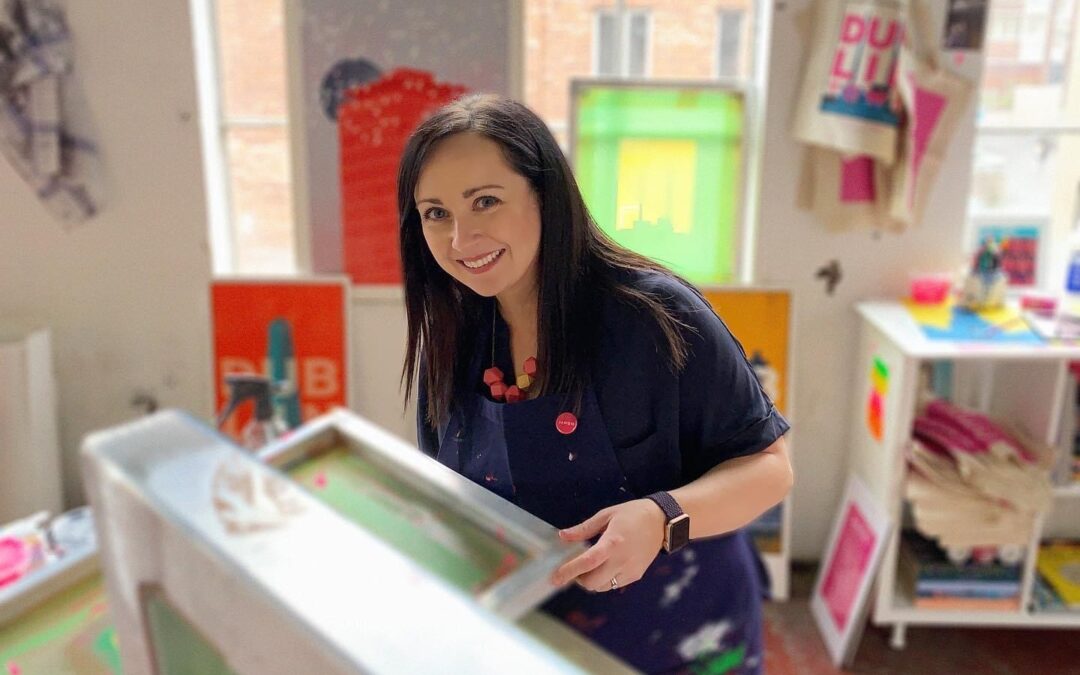 Irish company, JANDO is a real-life success story. The husband and wife duo started out creating fun wedding invites and are now a multi-award-winning printmaking studio based in Dublin. Julie McLoughlin, Co-Founder of JANDO, is originally from the outskirts of Hacketstown and attended Coláiste Eoin secondary school in Hacketstown.

JANDO is renowned for their acclaimed range of colourful and contemporary screen prints and fine art prints inspired by iconic architecture and landmarks which include everything from the Ha’penny Bridge to the Chrysler Building.

They really began as a passion project when the couple began planning their wedding in NYC. Countless fruitless searches for wedding stationery that reflected their personalities resulted in the couple creating their own. The centerpiece of their stationery suite was a wedding invitation in the form of a hand-stitched 40-page hardback book. Each book was personalised for each guest and included their story, profiles, and fun facts about their guests and a hollowed-out secret compartment in each book which housed luggage tags, badges, and confetti. On the book’s dust jacket, they added the line “A JANDO Publication” as a little joke between themselves. JANDO is an acronym for Julie and Owen. They didn’t know it at the time but that’s when JANDO was born.

Shortly after their wedding Julie stumbled upon a series of screenprints Owen had been working on in his spare time. She instantly fell in love with them and decided to approach several retailers who wanted to stock the entire collection immediately. Things took off for JANDO pretty much straight away. The couple spent their time juggling full-time jobs as well as creating custom pieces for clients and creating their own range of prints, screen printed tote bags, greeting cards, and stationery, which they sold at Dublin market stalls, as well as online.

They have won numerous awards and have exhibited their work at prestigious shows in London, Washington, and New York. 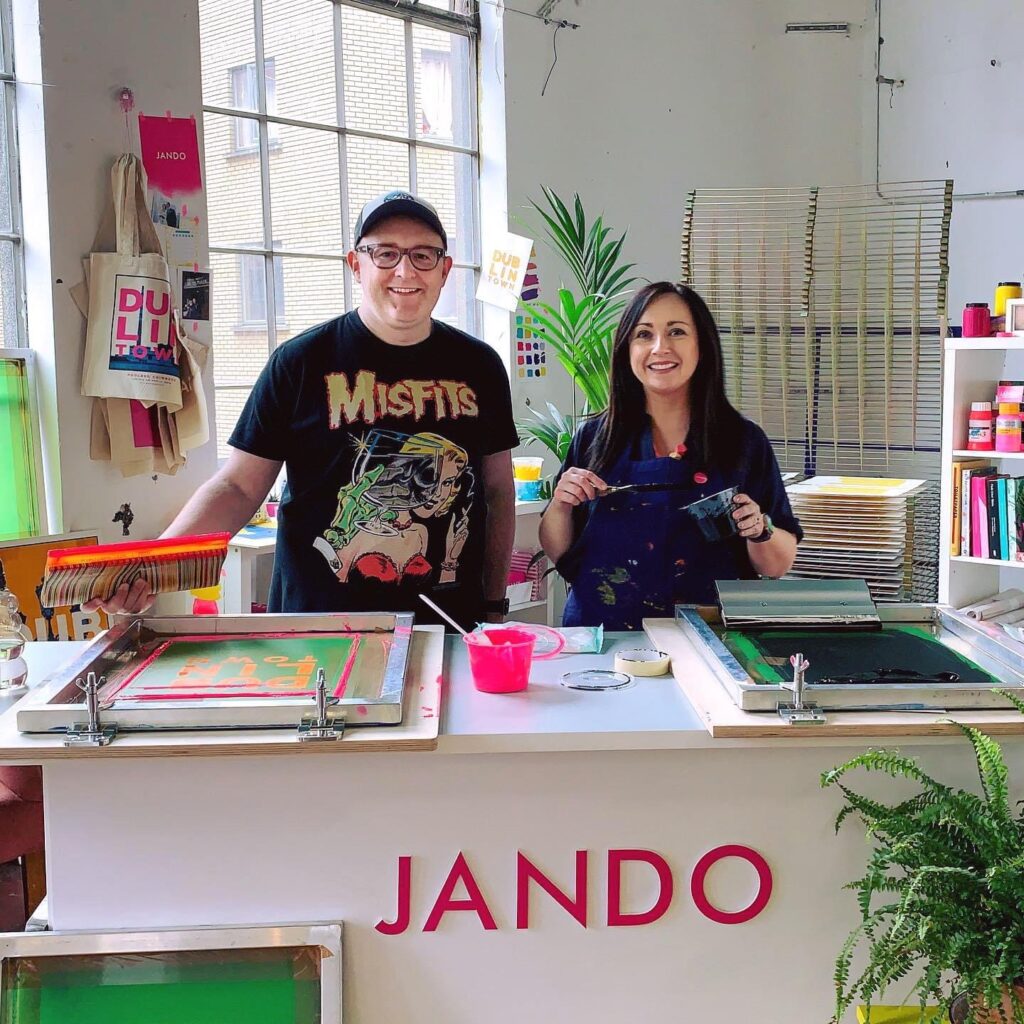 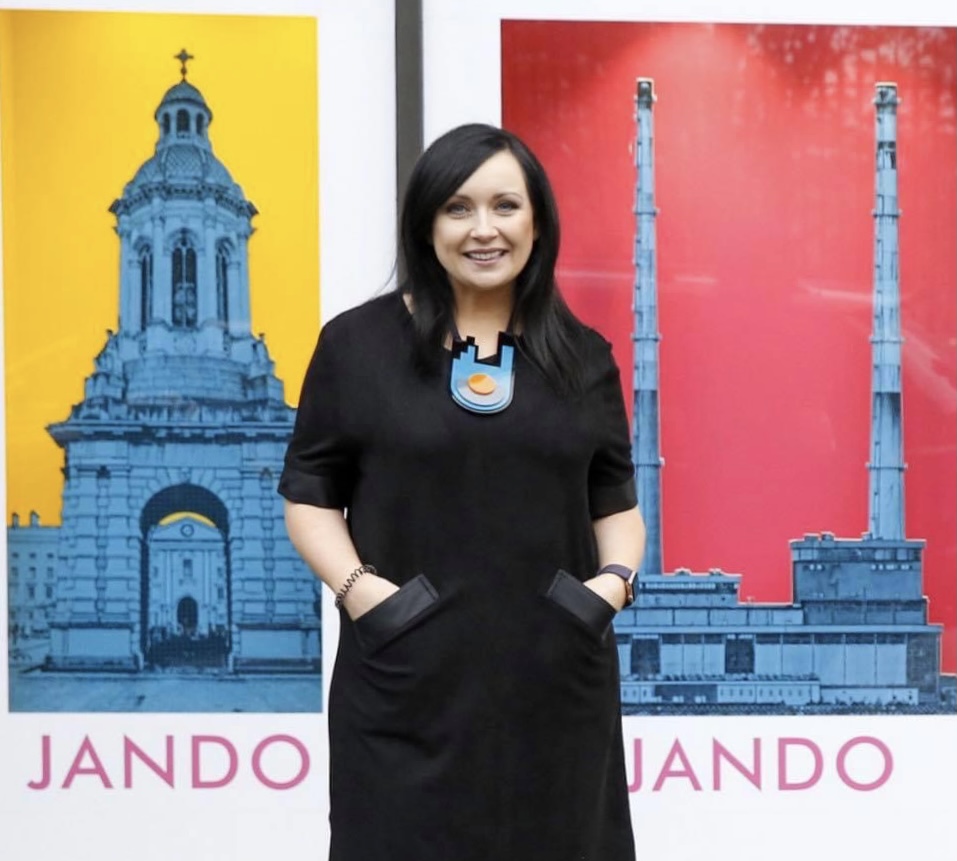