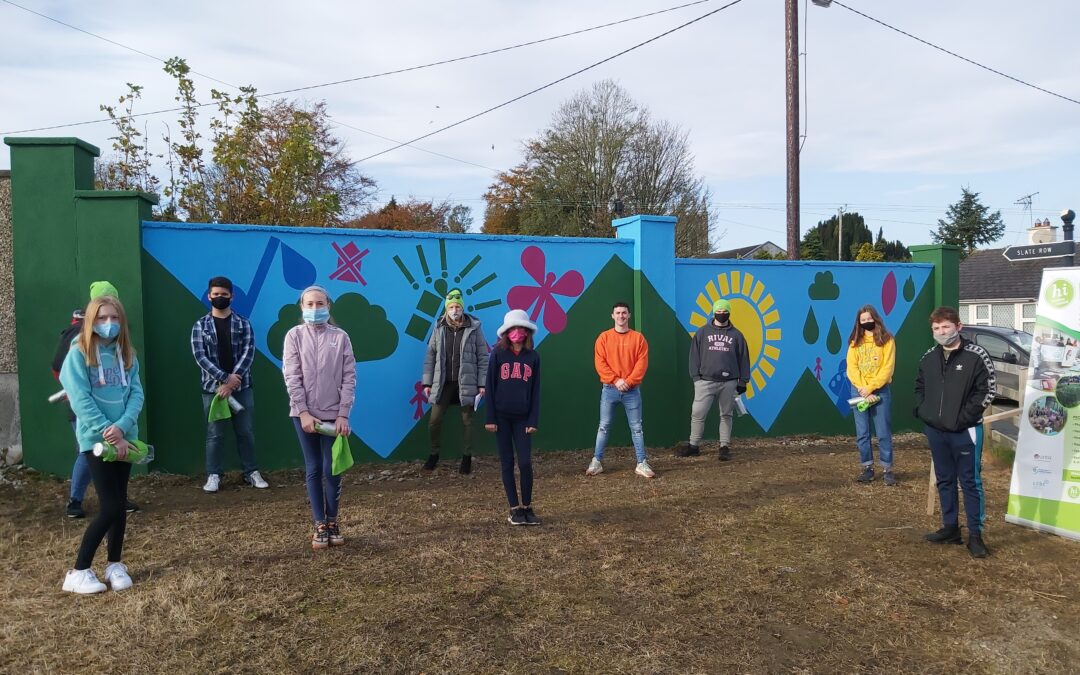 A VIBRANT mural in Hacketstown aims to raise awareness and prompt conversations about mental health and wellbeing.

Healthy Carlow recently announced that the first project under the ‘Arts in Mind’ initiative has now been completed in the Co Carlow town. The project was a collaboration between Hacketstown Community Team, Carlow Regional Youth Services (CRYS) and Healthy Carlow.

Local artist Paul Byrne was engaged to work with young people in Hacketstown to develop a thoughtful, empowering and thought-provoking public mural and artwork. Hacketstown Community Team sourced the site with agreement from local residents and CRYS supported the young people and ensured that all necessary protocols were followed.

The young people and members of the Hacketstown Community Team embarked on a journey with Paul over the summer months to realise their vision. Initially this was done using facilitated Zoom sessions and then, of course, the actual painting was completed under Paul’s supervision.

Indeed, the whole community of Hacketstown are very proud of the project. Eve, Sienna and Kendall, some of the participants from the youth group, said: “It was nice to have something to look forward to during the Covid-19 restrictions … It was great how their feelings and emotions have been transferred to the actual mural.”

Jayden, one of the young artists, said that “he felt a sense of accomplishment doing something great for the town”.

This initiative is one of two Arts in Mind projects that Healthy Carlow has funded under the Healthy Ireland Grant 2019-2021. The second mural project will see another exciting artwork being created in Bagenalstown, where the process has already begun between the artist, youth group and local services in prompting further awareness.